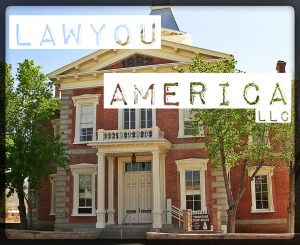 LawYou’s original logo was the historic courthouse in Tombstone, Arizona.

I first visited Tombstone several years ago while I was in Arizona spending some time with family. Tombstone is a fun place to visit, as long as it’s not July or August.

Tombstone got its start in 1877 as a shantytown built on a dusty mesa known as Goose Flats. A prospector named Ed Schieffelin suspected the nearby hills held silver and, ignoring the warnings of his friends who told him he would find nothing there but his own tombstone, set out to find his ore. When Schieffelin succeeded, he staked his claim and named it, “Tombstone.” The name carried over to the town that quickly sprung up, which was cobbled together with hope, good fortune, and other flammables.

Tombstone’s heyday as a frontier mining boomtown was truncated by disastrous fires, but not before a lot of money and history were made. The mesa on which the town was built became the stage for conflicts between northern Republicans and southern Democrats, and between law men and “cowboys” (not the good kind), which led to the infamous gunfight at the OK Corral.

Being a law geek, the highlight of my visit was the tour of the historic courthouse. The courthouse is now a museum chock full of stories and artifacts, and is well worth the price of admission.

The courthouse is an Arizona State Historic Park, but it is operated by the City of Tombstone and the Tombstone Chamber of Commerce. Some time ago, the state slated the courthouse for closure, but the City and Chamber rescued the courthouse from the budgetary gallows by promising to operate it themselves. Tourism is Tombstone’s main industry and revenue stream, and the historic courthouse is an important part. So, when you visit Tombstone, pay the fee and take the tour. Your support will be appreciated and you won’t be disappointed.

Tombstone is the stuff of legends. It’s a symbol of daring, of braving dangers for the hope of a better life, taking the hard road and striking it rich. Tombstone’s lore tells us the world is full of adventure and opportunity, while the courthouse says you’re not alone in it. It stands as a symbol of order in a wild place, accountability in the frontier, and traditions and predictability in uncharted territory.

And that’s what I hope LawYou is to you who are venturing into your own new territory, conquering fears and gaining skills, discovering grit and mining gumption, and maybe engaged in your own good-guys-versus-bad-guys feud.

LawYou is the brick building in the middle of the desert. It’s where you go when you want to stop the aimless wandering. We outfit you with procedure instead of pistols, with research tools instead of pick axes, and with maps that mark your way through the wilderness that is the pursuit of justice.

And that, my friends, is why the Tombstone courthouse was LawYou’s original logo and is the ultimate “CiGAR” (a “Courthouse in the Great American Republic”). 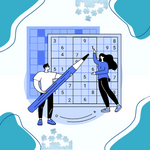